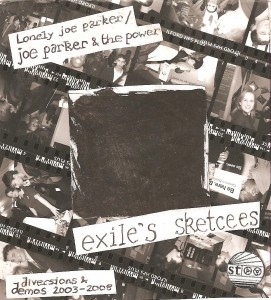 In the summer of 2008 (while I should have been in the death throes of my PhD thesis), I collated most of my recorded musical output to that date.

Weighing in at 88 tracks, this collection of archive tracks, demos, live material and unreleased studio recordings came in boutique (read: hand-assembled and really fiddly) packaging. I made a run of, yes, 88 copies, initially each 7-disc sets. After about five of these monsters at CD-quality, I switched to a single disc per copy with tracks as 320 kb MP3s (burning 7 CDs per copy by hand being a huge pain in the arse.) The inlay was also pretty special – handwritten, I spent a couple of days laying and re-laying it out before I was happy with it. The power of PhD procrastination, hey?

The tracks span the period 2003-2008, with tracks being roughly split chronologically over discs. The first disc covers early songs written as a student in London, mainly (of course) being about girls’n’stuff. These mainly fall into forgettable 3-chord pop ditties lile ‘Spanish Girls‘ or more interesting constructions like ‘Slurry Jamaica Rum Night‘ – which I like for their naivete. I gave a lot of these tracks out at open mic nights and the like, usually with art by Liz Moores and the title ‘All My Friends Wear Stetsons‘, or something similar.

Next up, the ‘Basement Songs‘ were recorded in my first year as a grad student in Oxford, mainly with my mates Ben and Finn, who lived in the building next door. Drinking wine late at night was de rigeur for them as Oxford arts undergrads. It had a worse effect on me and these are mainly pretty hopeless songs (as in, both rubbish and depressing). 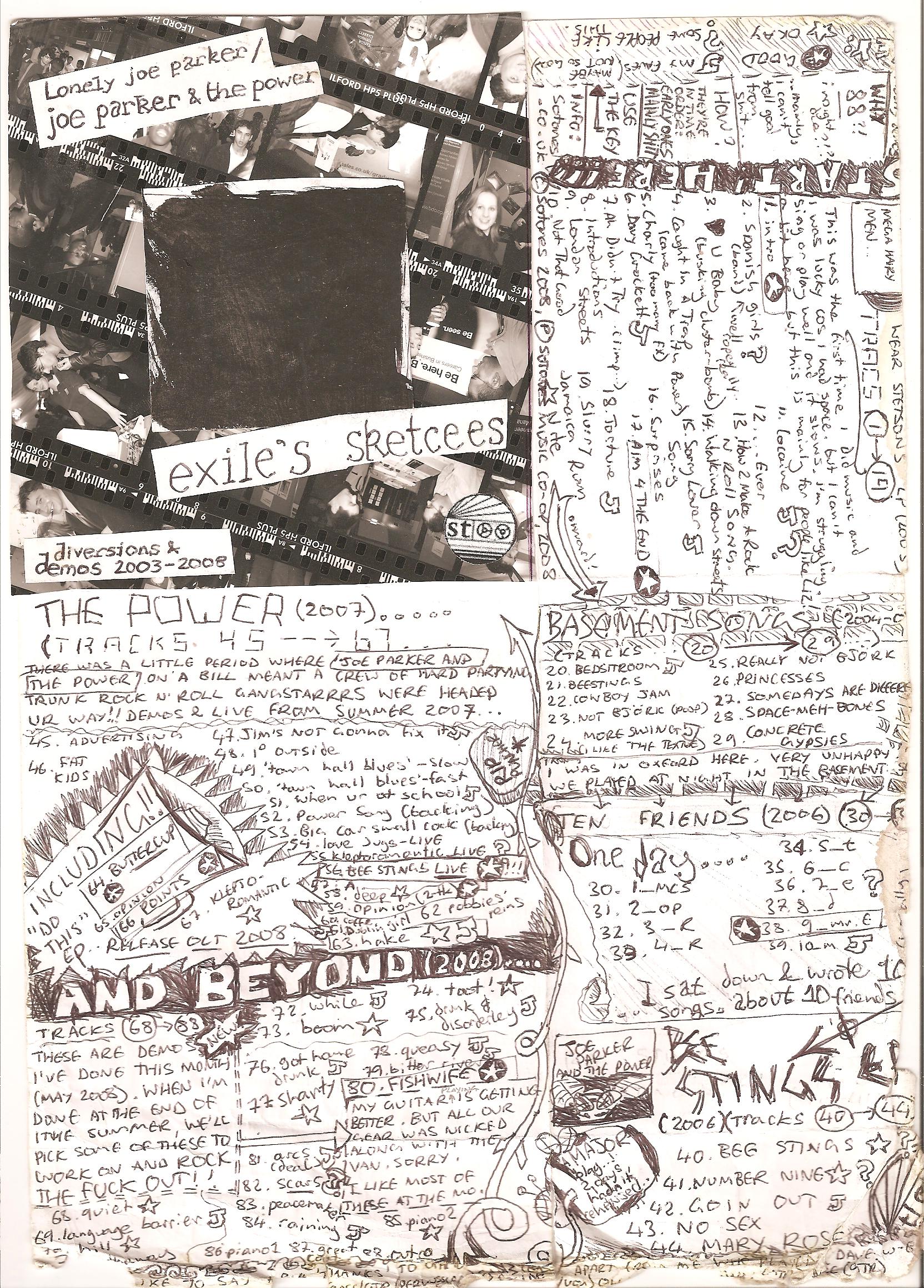 Disc Three is ‘Ten Friends‘ in its entirety, the demo disc that ended up turning into – with friends from Moneytree, The Beaux Hardts and Jimi Ray – The Mega Hairy Men and later The Power. The fourth disc was also released elsewhere, as the Power’s EP ‘Bee Stings’. Here it was also packaged with the vaguely Nick Cave-esque murder ballad ‘Mary Rose’, which was removed from the EP tracklisting prior to release. A shame as it was the best song on there, though a poor recording.

More tracks from The Power make up Disc Five, this time in the form of unreleased studio tracks (finished and unfinished) as well as live sets from the Access Festival (a 4000+ open-air fundraiser held in Southampton in 2007) and the Beaux Hardts’ leaving show at The Talking Heads in September 2007. After they left, the Power effectively dissolved despite a few ill-fated attempts to revive it with a different lineup. Songs like ‘Buttercup‘ and ‘Points  / Quiet‘ are still in my live set today, however. The most finished tracks make up Disc Six, the ‘Do This’ EP which was – heheheh – never actually ‘done’.

Finally, Disc Seven consisted entirely of new works and demos from Jan – April 2008, after the van I was living in got stolen and I had to move into accommodation. I tend to write in busts and this was a great example of that – for a few months I averaged about three songs a week. Also, I was trying to pull a girl, which always helps get the creativity flowing a bit…