On Friday 8th November, I’m flying to Rio where he will board a sailing ship bound for the Antarctic on a songwriting mission like no other, battling fierce storms, icebergs and randy penguins, armed only with some blank musical notepaper, a melodica and a pencil.

The plan is to take two months to sail down the Atlantic coasts of Brazil, Uruguay and Argentina, making the crossing from Cape Horn across Drake’s Passage to Antarctica sometime in December. Fingers crossed we get good weather, because we’re sailing the whole thing… 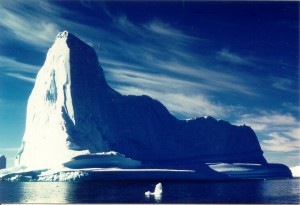 I’ll be writing as much music as I can manage in between taking watches on deck. Unlike my normal writing practice, I won’t be able to crack open a laptop and fire up GarageBand to record demos as I go; most of the time we’ll be without much spare power, and in any case I’m not taking my own laptop. Instead, I’ll be transcribing everything by hand onto notepaper, using a melodica (a small keyboard-cum-mouth organ you blow into) to check as I go.

The boat’s being crewed by the Adventure 2013 collective, most of whom know from volunteering with sail training charity OYT South. Now, this isn’t as hard as it was 400 years ago – I’m not going to pretend that – but many of the things we take for granted about sailing the the West, like 24/7 air-sea rescue, detailed forecasts and the RNLI, won’t be available. I also have no idea how much time and energy I’ll actually have spare for writing (we’ll be on watch every day), or even any energy (it’ll be summer in the Southern Hemisphere, but still regularly -5 or -10 degrees). Plus almost everything I write, I’ll have forgotten by the time I get back to London, so I’ll only have my transcribed notes to go on.

Who knows. But the first chapter in any travelogue is the leaving do, which will be at The Islington, London N1.

Free entry, music all night and Lonely Joe Parker, live with band. See you there shipmates!