The nearer we get to recording the LP (2 weeks to go, and counting..) at Furnace, the more I seem to listen to PJ Harvey, Pulp, Pavement and (cat) Power. Obsession with all things ‘P’? Will we have a plethora of parping polyphones all over the place? I THINKK SO>

Well. A very kind person took me on a weekend trip to Barcelona to see the sights. The sights in question being the excellent capital of Catalunya herself, but mainly mates Nathan, Bobby (The Beaux Hardts) and Paola. Not been there since 2000, and since I was drunk then and drunk now I can’t really claim any deep Theroux style observations on the ephemeral nature of change in the world’s great cities, or the permanence of poverty, or anything like that, beyond the usual ones everyone makes about Barca.

Oh, and their Boris bike system (or ‘hire bike’, as they quaintly put it) works with a lot less fuss than ours. Anyway, here’s some quick crappy sketches: 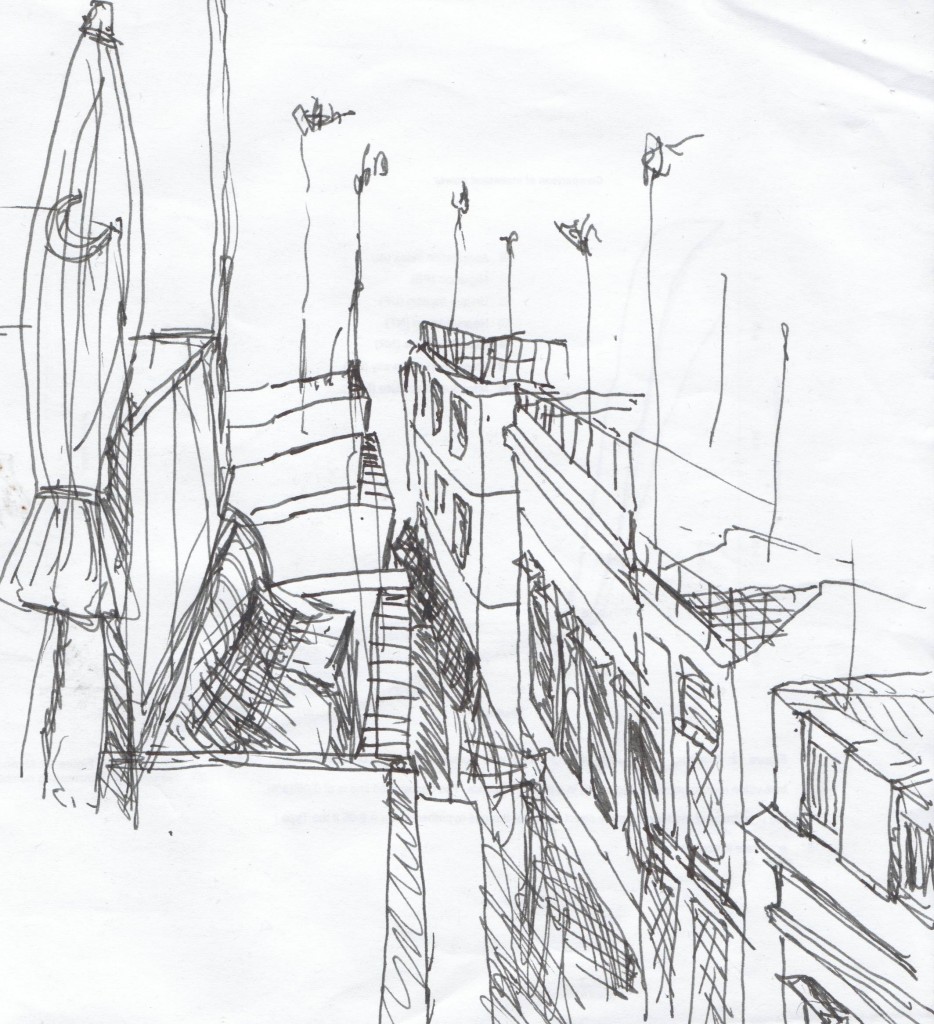 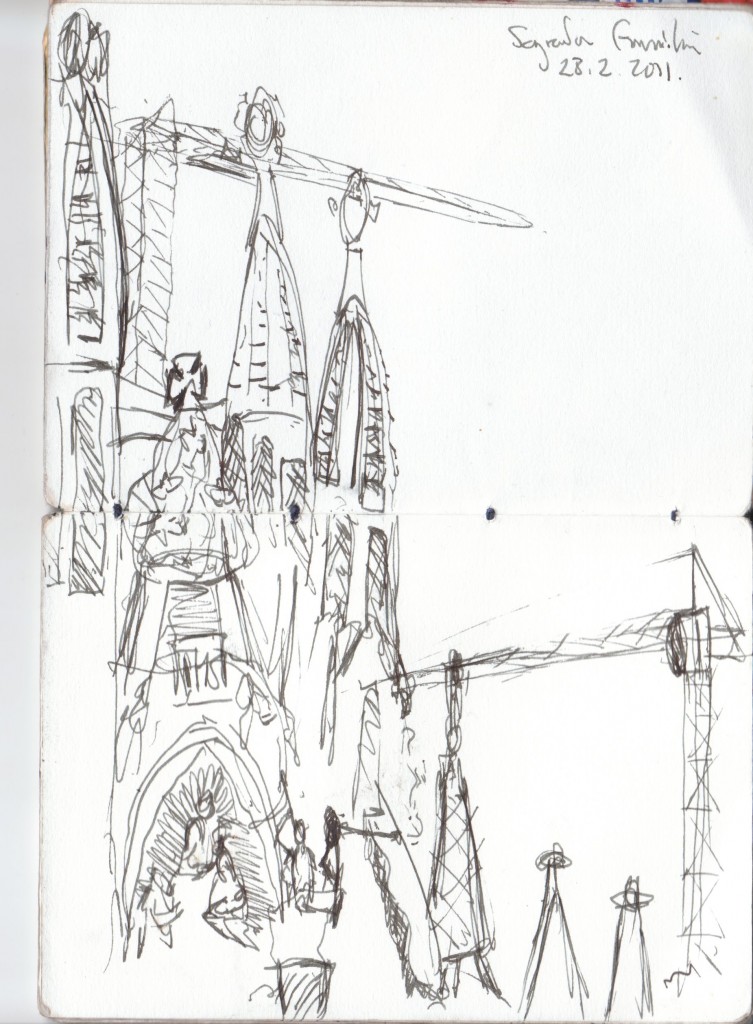 ... because every dickhead has to have a go at drawing it... 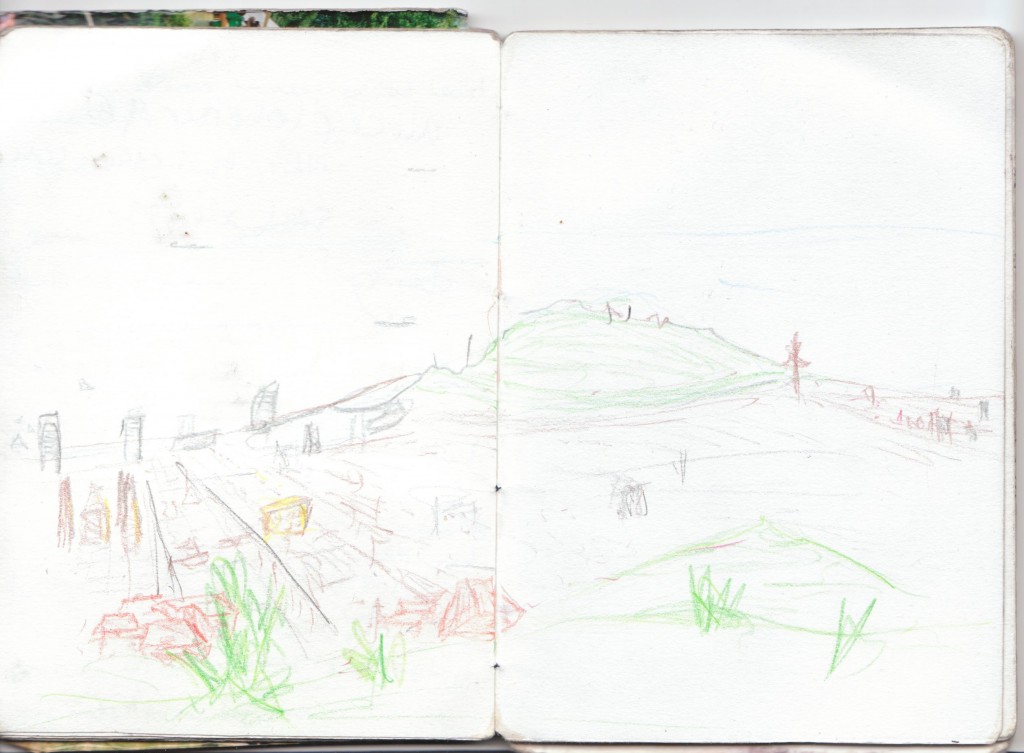 MEGA quick sketch from the top of Park Güell. FYizzle...

Years and years of touring experience, science fieldwork and sofa sofing mean I am a seasoned and unflappable traveller. ‘Seasoned’ like a piece of rotten wood is…

So having nearly missed my flight out, I also managed to leave my laptop charger in London. Instead of doing something sensible like getting pissed in the sun I decided to wireframe all the code for the next HADPACK iteration on pen-and-paper. WHOOOOAH!

Yes, it is oldschool, but it really is true what the textbooks say: working on paper first really helps you to think clearly about your code, especially if you’re working with complex class inheritance structures (oh, yes…) 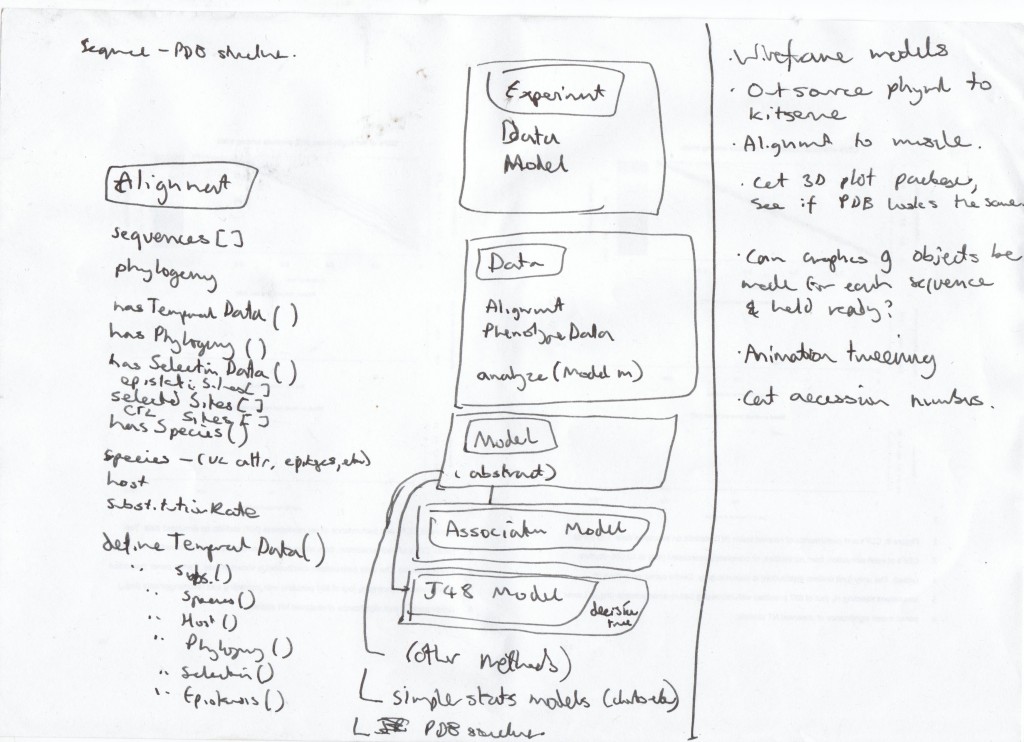 Coding HADPACK (HIV Antigen Determining PACKage) from the ground up 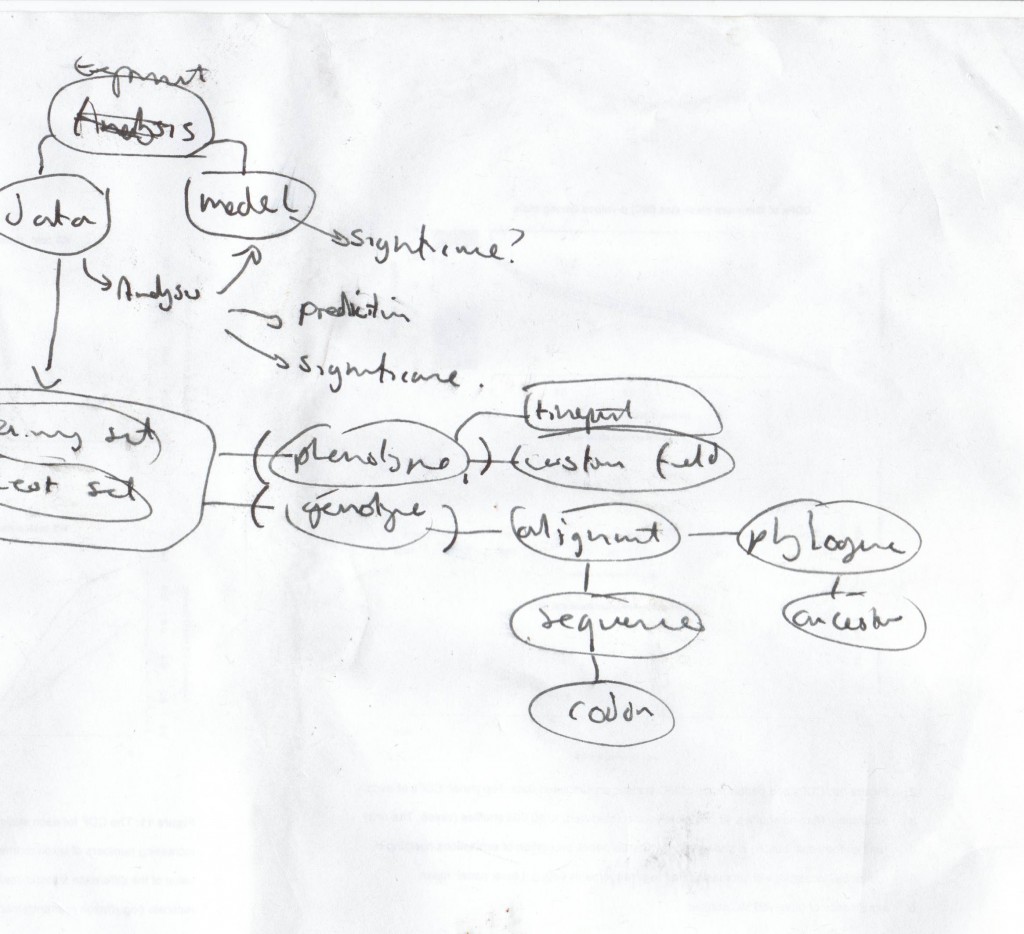 OK, so there’s a bit of work left to do still. Back to the laptop…

1 – Although Bob informed me that Bilbao (one of the earliest Spanish teams ever founded) first played in red-and-white striped shirts that they got from which South Coast port’s city team? That would be  Southampton St. Mary’s, known nowadays as Saints. And Athletico Madrid followed suit. So Saints can at least claim the credit for kitting out the first ever Spainish football teams.

2 – No, I’m not being silly. Bob & Paola’s is just a tennis ball’s boff from the Ramblas, where Orwell (nearly) had a shootout with the Facists in la Guerra Civil. My guess is it wasn’t a lack of munitions that stopped them firing (as claimed) but the beauties of Barcelona. Make love, not war…