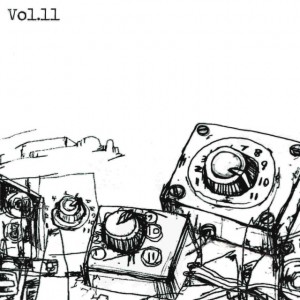 Reissued online in 2009 with a slightly different tracklisting:

(‘Vol.11′ was a scene on a CD – Sotoness’ first proper release and a showcase for everyone involved…)

Featuring the best bands in the south there’s something for everyone as post-rock jostles with glitchcore, drum’n’bass rubs shoulders with indie. Uniting the music and the musicians is a belief that good music is better put together and released by artists who care about it, about their fans, and each other. Every single copy is individually put together and numbered by hand, by one or more of the bands making this a truly historic release.

This entry was posted in Discography, Music and tagged bee stings, discography, joe parker and the power, music, sotones. Bookmark the permalink.