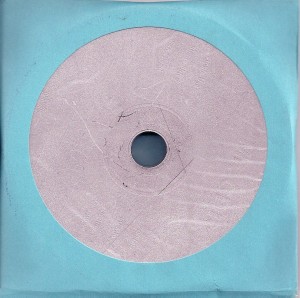 Break up with a girlfriend and imprisoned in the house? Write some songs…

Recorded in two days in a bathroom. The names of the ‘ten friends’ were never revealed, though most of them guessed since. Three of these songs went on to become mainstays of the Mega Hairy Men / Power set (‘r’ / ‘No Sex’; ‘c’ / ‘Princesses’; ‘mE’ / ‘Number Nine’).

I ran off about 20 of these on a CDR machine. Each disc was spray-painted a different colour and numbered. None are left that I know of.

Also, I’ve since been told that spray-painting CDs is a REALLY bad idea; the paint tends to melt after repeated plays and screw up any disc drive unlucky enough to house them at the time…